Samsung Mobile Nepal has launched its budget-oriented smartphone belonging to the new 2016 J series. Entitled as the J2 2016, the smartphone is priced at Rs.15,900 in Nepal.

The new version of the Galaxy J2 features 5-inch HD Super AMOLED display, which is a significant improvement from its older J2 which featured qHD display. Inside, the smartphone is powered by quad core Spreadtrum SC8830 chipset clocked at 1.5Ghz, 1.5GB of RAM and 8GB of expandable storage. 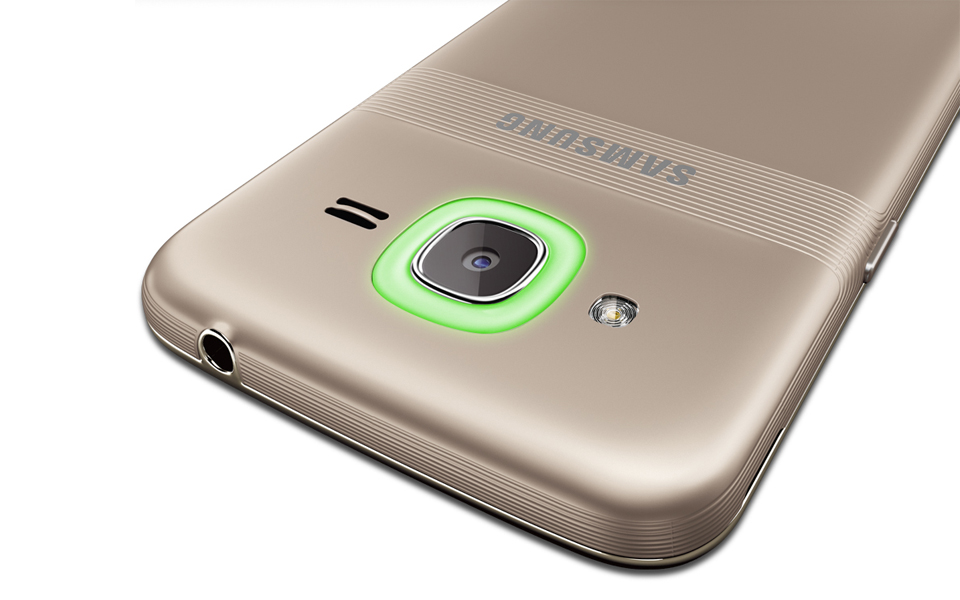 Samsung Galaxy J2 2016 now features an improved 8MP primary camera with an aperture rate of f/2.2 accompanied by a 5MP secondary camera for selfies. The J2 2016 is integrated with a so-called “Smart Glow LED Ring” by Samsung at the back of the phone, which basically glows after you receive a notification. Connectivity option includes Dual SIM with 4G LTE support, which is quite impressive considering the price of the smartphone. The whole phone is powered by a 2600mAh battery and runs on Android 6.0.1 Marshmallow.

Excluding the 4G capability and LED Rings, the J2 features nothing special to cheer about. However, we can’t complain since the price of the smartphone is low. The Galaxy J2 2016 can be purchased from authorized distributor across Nepal.