Prism Technologies – the authorized distributor of InFocus smartphones in Nepal has officially launched the Bingo 20 smartphone for the price of Rs. 8,999 in Nepal. Targeted for budget conscious users the Bingo 20 surprisingly supports 4G, making it one of the most affordable 4G smartphones in Nepali market. Don’t let the price fool you since the InFocus Bingo 20 doesn’t compromise on quality, despite carrying a low price tag. 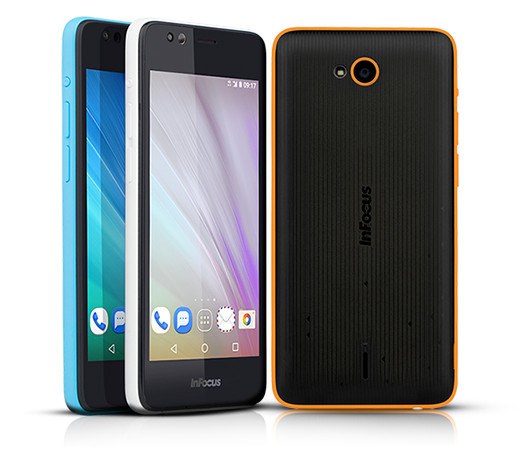 As far as specs are concerned the InFocus Bingo 20 boasts a 4.5-inch On-cell display resulting in better optical qualities and less power consumption. Powered by Spreadtrum Shark L chipset alongside 1GB of RAM & 8GB of internal storage(expandable via a microSD card up to 64GB) the phone can handle your day to day multitasking with ease. The whole phone runs on Android 5.1 Lollipop and packs a decent 2,300mAh battery inside.

Talking about the camera the phone sports an 8MP sensor at the back of the phone with LED flash, while the front features a 5MP sensor with LED flash which is quite impressive considering its low price tag. The mentioned camera specs are nothing exceptional in terms of megapixels, however, the phone tops out each and every smartphone’s camera available in the market at this price range.

While the market is flooded with lots of budget-oriented smartphones, the Bingo 20 from InFocus is a budget phone to be desired, especially bearing its specs and a low price tag in mind. To simply remind you, people purchasing the Bingo 20(or any smartphone from InFocus) will be included in the Dashain-Tihar lucky draw where you could win a trip to Malaysia, 32″ LED TV, and a Bingo 20 smartphone.