Keeping the fourth anniversary in mind ZTE’s sub-brand Nubia has officially announced the new Nubia Z11 Mini S in China. The new mid-ranger from the company is fully made up of the military-grade aluminum body and comes in three color options, including champagne, alloy, and khaki.

The Z11 Mini S features 5.2-inch full-HD display with a resolution of 1920 x 1080 pixels. Inside, the phone is powered by Qualcomm Snapdragon 625 octa-core chipset bearing a clock speed of 2.0GHz. Alongside the chipset, the phone is coupled up with 4GB of RAM and 64/128GB of onboard storage which is expandable via a microSD card.

Even though the name suggests it to be a miniature version of the Nubia Z11, the phone features an impressive 23MP Sony IMX318 sensor at the back with f/2.0 aperture, 1/2.6″ CMOS sensor and FDAF 0.1. Up front, the phone comes with a 13MP camera for vibrant selfies. 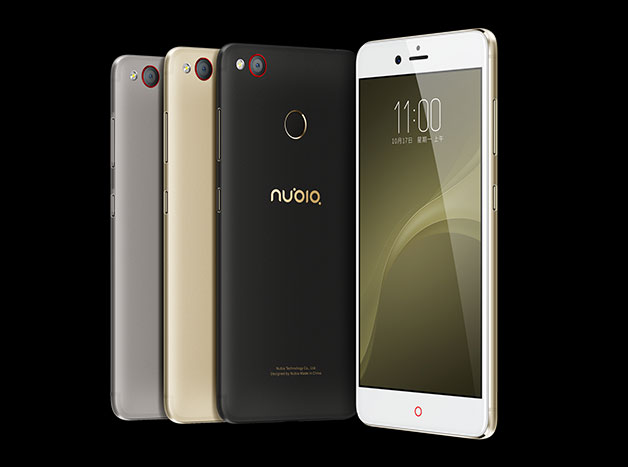 The whole phone runs on Android 6.0 Marshmallow on top of Nubia UI 4 and packs a decent 3,000mAh battery coupled up with NeoPower 2.0. As claimed by the company the above average battery of Nubia Z11 Mini S will last up to 3 and a half day of usage per charge.

The new phone from Nubia carries a price tag of $220 for the 64GB variant, whereas the 128GB variant can be purchased for $280.