Nokia is ready to set their foot in the European market. According to famous leakster Evan Blass, the brand will introduce three new devices at MWC 2017 going to be held in Barcelona on 26th of February.

Nokia 6, which was launched back in early January in China will also be available at MWC(Mobile World Congress) 2017 and will go on sale in Europe with a price tag of €249.

Alongside the phone, Nokia will debut two new models at the event, allegedly named as Nokia 5 and Nokia 3. As far as specs are concerned, the Nokia 5 will feature a 5.2-inch 720p display, 2GB of RAM, and a 12MP main camera. As the rumor suggests, the handset will be powered by the same Qualcomm Snapdragon 430 SoC which was also present in Nokia 6. The phone will go on sale for €199.

Joining the smartphone league will be the 3310, a feature phone from Nokia, which will serve as an upgrade to 2000s’ classic model. The feature phone will also go on sale in Europe and China with a price tag of €59, however, there has been no words about the availability of Nokia phones in North America. 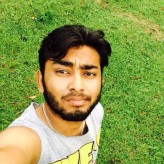 A gadget lover and tech enthusiast in general.