Samsung has once again unveiled its new mid-range smartphone — this time it’s the Galaxy On Max. The new smartphone was officially showcased in Indian e-commerce site Flipkart. Despite carrying an ‘On’ moniker, the handset resembles Samsung’s own Galaxy J7 Max.

As the name suggests, the Galaxy On Max comes with a 5.7-inch 1080p LCD display, while inside it’s powered by MediaTek’s Helio P25 chipset. RAM is 4GB, whereas the storage is 32GB, which is expandable via a microSD card slot. 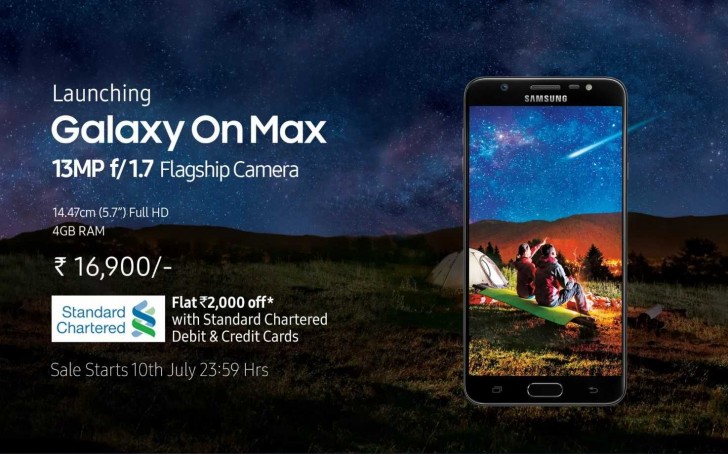 Other features include a fingerprint scanner embedded up front in a home button and Samsung Pay Mini support. The phone will be available from 10th of June for INR. 16,900.