Laxmi Intercontinental Pvt. Ltd., the authorized distributors of Hyundai vehicles in Nepal, has officially launched the new compact sedan “Hyundai Aura” which is based on Grand i10 Nios. However, keeping eye on the not so demanding sedan segment, Hyundai has only launched the single 1.2L Kappa Dual VTVT Petrol Engine variant of the sedan which is BS6 Compliant borrowed from the i10 Nios.

The vehicle looks similar to the i10 as it gets the same Boomerang shaped DRLs integrated with Premium Satin Front Grille with Projector Fog Lamps. The side profile is extended and gets Coupe like styling. On the rear, it gets a wide stance, robust sporty bumper design, and Stylish Z Shaped LED Tail Lamp. 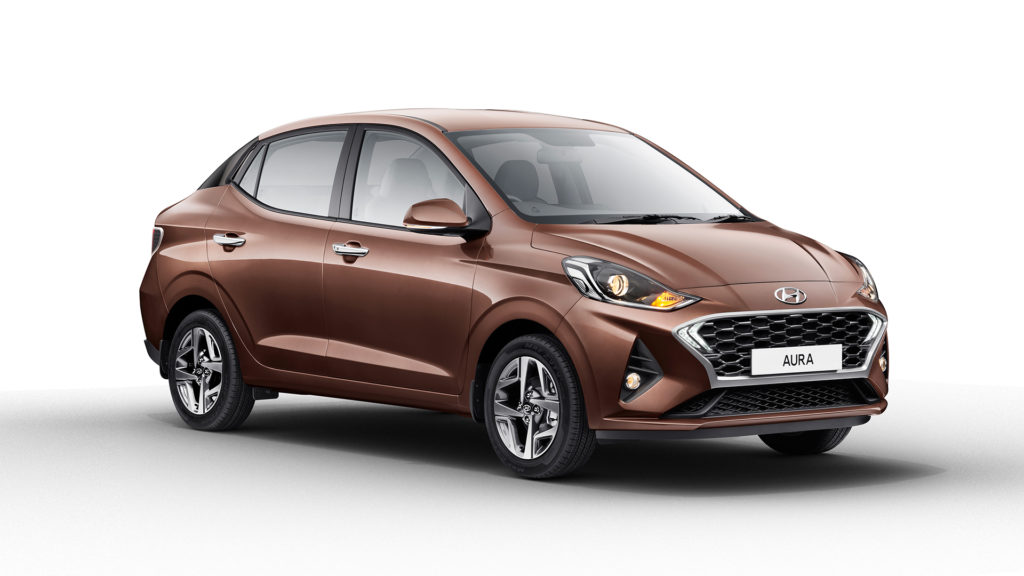 The interior seems to be upmarket as it gets a dual-tone interior and simply laid out. It features an 8-inch infotainment system, Android Auto and Apple CarPlay, climate control, steering-mounted audio controls, a wireless phone charger, a semi-digital instrument panel, a multi-info display, rear climate vent, as well as keyless entry with push-button start.

Hyundai Aura “S” variant is powered by a BSVI-compliant 1.2L Kappa Dual VTVT Petrol Engine which generates a max power of 83 PS at 6000rpm and max torque of 113.76 Nm at 4000rpm,  mated to a 5-speed automatic transmission.

The vehicle is available in four different color variants, Fiery Red, Titan Grey, Typhoon Silver, and Polar White. The introductory price of the Hyundai Aura S is Rs. 33,96,000 in Nepal. The Hyundai Aura will rival the likes of Ford Aspire, Suzuki Dzire, Tata Tigor, and Honda Amaze in Nepal.

An auto enthusiast, Pranish is an Editor at our Automobile section. Blogging and researching about Bikes and Cars, he fantasizes about riding the shiny new Lamborghini Aventador.

Xiaomi teases the launch of Mi TV in Nepal