Both models are now available for pre-order via Oliz Store, with sales expected to begin from early next year.

For more information regarding both ARM-based laptops, you can check our original article below.

Original, November 11, 2020 [7:26 PM]: Apple launches the first-ever MacBook Air and MacBook Pro 13-inch with an ARM-based M1 processor. The new ARM-based CPUs are particularly designed for Macs and ready to power the 2020 MacBook Air and Pro.

The MacBook Air 2020 is already up for order on the official Apple website for a price starting at $999 (base variant) with sales starting 17th November, whilst the earlier MacBook Air launched in March 2020 seems to be discontinued. The base variant comes with a seven-core GPU and an 8GB/256GB memory configuration. 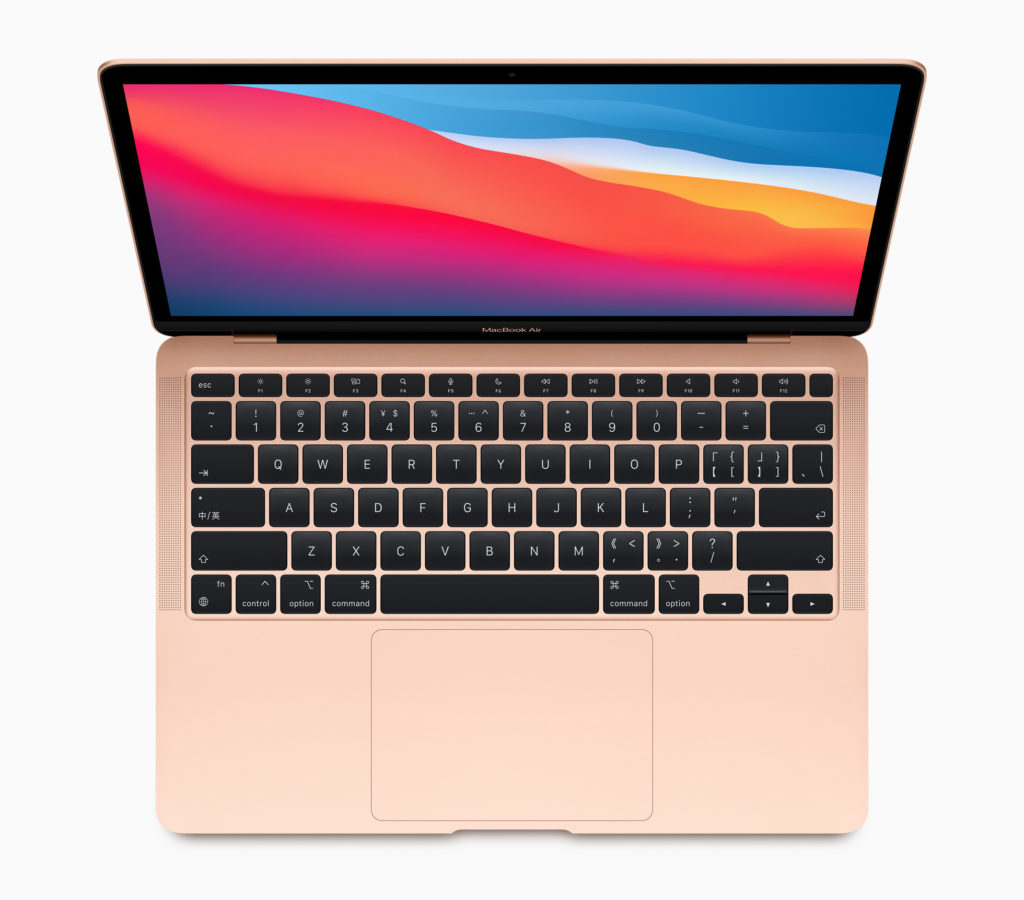 Unlike previous MacBook devices that carried Intel processors, Apple is finally using the M1 processor in its newer iterations. The new chip is touted to feature four high-performance cores and four high-efficiency cores, both dedicated to balancing out power and longevity. It’s even said to offer the best in world performance per watt of any CPU, allow instant wake speeds, hence ensuring quick boot.

Meanwhile, Apple acclaim the new ones to be faster in comparison to 98 percent of PC laptops sold in 2019 and 3.5 times faster with up to 5 times the faster graphics performance, 9 times faster machine learning workloads, and 2 times faster SSD performance than the previous MacBook Air.

We are also looking at the longest battery life ever on a MacBook Air with 15 hours of wireless web browsing and 18 hours of video playback to a charge in comparison to previous Intel-powered MacBook Air. Also, the new Air doesn’t have a fan inside it.

The 2020 edition has a 13.3-inch Retina display with 2560 x 1600 pixels resolution and supports P3 wide color gamut and 400 nits brightness. It comes with a backlit Magic Keyboard and memory configuration that maxes out to 16GB RAM and 2TB storage. It uses Wi-Fi 6, Bluetooth 5.0, and Touch ID while two USB-C ports and a headphone jack. The USB-C ports support charging, DisplayPort, Thunderbolt 3, and USB 3.1 Gen 2.

All thanks to a new image signal processor in the M1 chip, the 720p camera is said to come with an enhanced noise reduction, dynamic range, auto white balance, and face detection.

Apple has been using Intel chips since 2006 while the transition to a new processor is expected to take anywhere around 2 years.

Again, the new ARM-based processor is said to deliver enhanced battery life and efficiency compared to the Intel ones while run iOS and iPadOS applications natively on macOS. The company has already updated its programs including Pages, Numbers, and Keynote for macOS apps.

Back in June, Apple showcased the likes of Lightroom and Photoshop running seamlessly over its new silicon. Lightroom is scheduled to be released in December while Photoshop in Q1 2021.

And the macOS Big Sur will come with Rosetta 2, an emulator to translate any x86 applications yet to be updated for the ARM processor.

Regarding the MacBook Pro 13-inch with M1 processor, it’s pretty much similar to the MacBook Air, except it still has an active cooling system to dissipate heat since it can churn out a bit more raw power than the Air model. It also brings a studio-quality mic onboard, while Apple is claiming a similar battery life of 20 hours on one charge.