Xiaomi is set to launch the first-ever flagship smartphone — the Xiaomi Mi 11 — powering on Qualcomm’s Snapdragon 888 chipset next week on 28 December. Xiaomi has said that its new flagship will bring “many incredible breakthroughs” via its latest Weibo post. The handset will first hit the Chinese market, however, the international availability is still unclear.

Though we have not encountered a single tipster revealing the Xiaomi Mi 11 specifications, the company itself came forward to reveal its processor — Qualcomm’s Snapdragon 888 (obviously), which itself incorporates a 5G modem. The handset is also supposed to support the 5G network in a majority of markets across the globe. 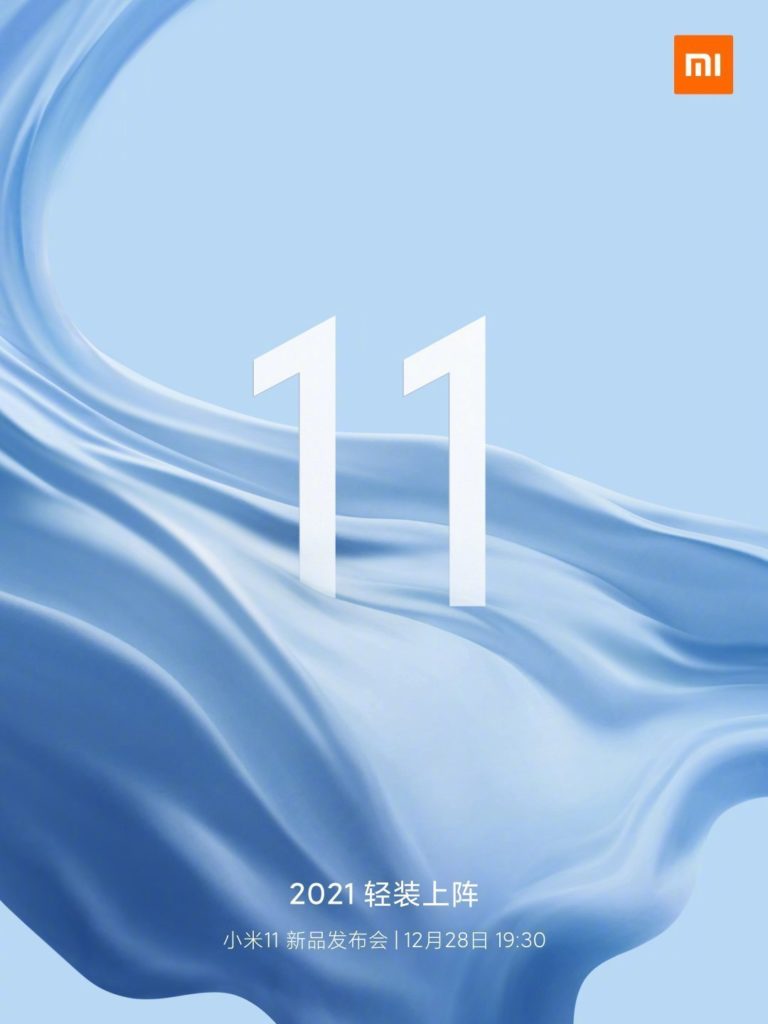 Tipster Digital Chat Station recently reported a 4,780mAh cell and a charger with 11V at 5A, hence 55W output.

The Xiaomi Mi 11 could ship in two different variants — vanilla and Pro, with a 120Hz QHD+ OLED display, a 50MP primary camera unit. The Pro variant will most probably ship with a 12MP telephoto sensor as well.