Lava has introduced its “Design in India” Z-series phones including Z1, Z2, Z4, and Z6 as well as the myZ phone configurator tool that allows users to customize the devices across categories including rear cameras, front camera, RAM, ROM, and color.

Here we will be discussing detailed specifications of each device followed by the launch price and the myZ program.

The Lava Z1 comes with a 5.0-inch TFT screen with 480 x 854 pixels resolution and a 16:9 aspect ratio underneath Corning Gorilla Glass 3. 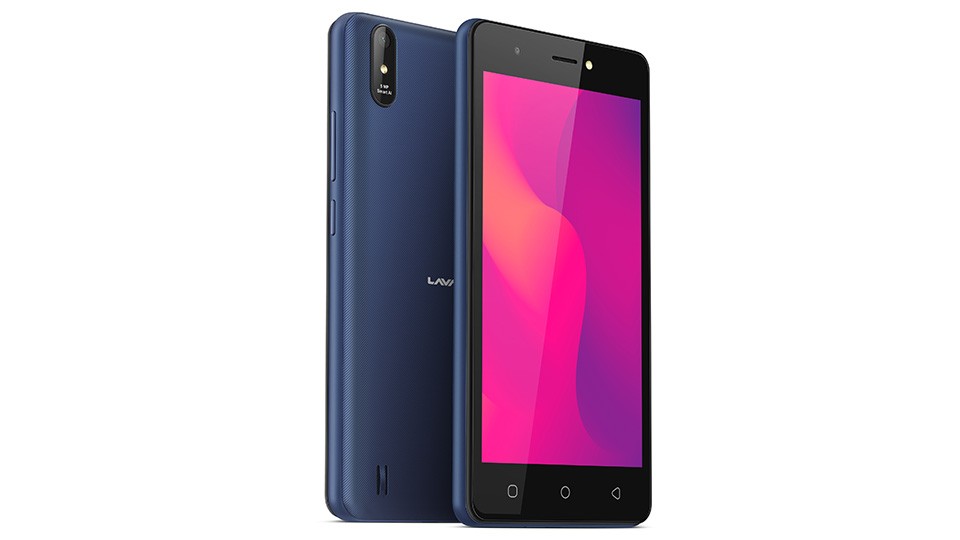 As for optics, the device has a single 5MP f/2.2 sensor at the back with an LED flash and a similar 5MP f/2.2 unit at the front for selfies.

The Z1 carries a non-removable Li-Ion 3100mAh battery to keep its lights on.

It also runs on Android 10 (Go edition), however, gets a 12nm based MediaTek Helio G35 processor coupled up with 2GB RAM and 32GB eMMC 5.1 onboard storage; expandable via dedicated microSDXC slot. 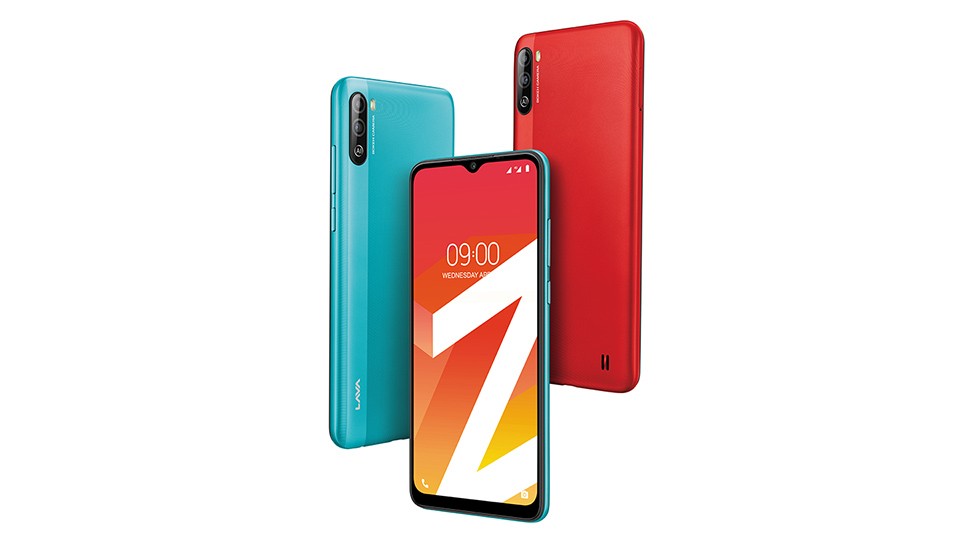 The device comes with a dual-camera setup at the back comprising a 13MP wide and a 2MP depth sensor with an LED flash. Similarly, at the front lies a single f/2.0 8MP wide sensor for selfies.

While the connectivity options remain identical to Z1 except for the USB port — Z2 gets a USB Type-C port, it carries a larger 5,000mAh battery keeping its lights on.

The Lava Z2 is priced at INR 7,000, available in similar Blue and Red color variants.

The Lava Z4 carries an identical display and processor as in the Lava Z2 but ships with a different operating system as well as memory configuration. This one runs on Android 10 with 4GB/64GB memory and a dedicated microSDXC slot for expansion.

The Z4 comes with a triple camera setup at the back — 13MP wide, 5MP ultrawide, and 2MP depth sensors and a single 16MP wide selfie shooter at the front. 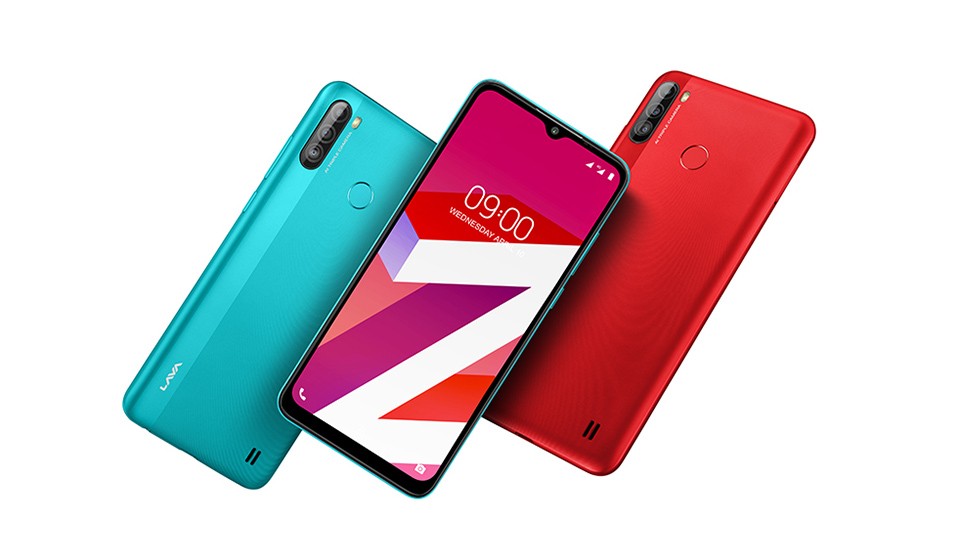 Again, the remaining specifications including connectivity, sensors, battery, and colors are all identical to Z2. 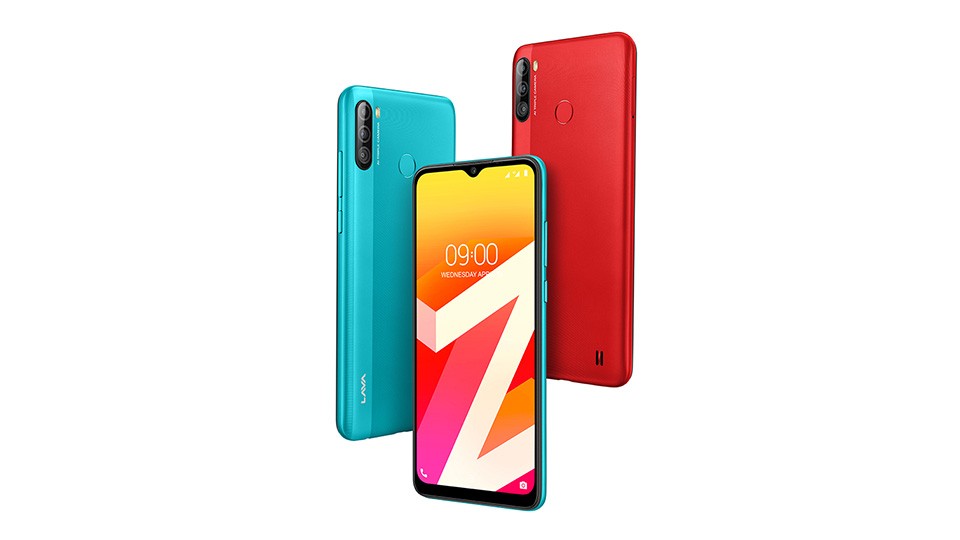 The final on the list, the Lava Z6 shares every specification with its closest sibling, the Lava Z4. However, it comes with 6GB RAM and 64GB onboard storage right out of the box. 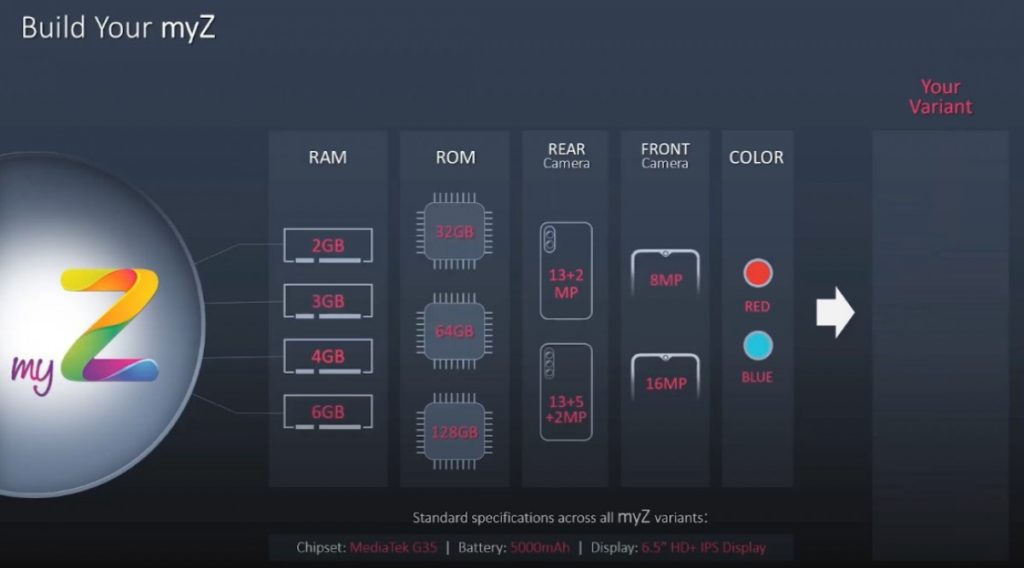 With plenty of constraints under each category, it seems more like a scheme with very little usefulness. Just look at the options in the rear camera, we have options among 13MP + 5MP + 2MP or 13MP + 2MP.

Even the best configuration can get you a device as good as the Lava Z6 with a price as high as INR 10,700 and double the storage, i.e. 128GB.

Well, if you don’t opt for the best configuration possible, you can actually get a device similar to Z2 with 6GB/128GB memory and a 16MP on both the front and back. Or you can settle with 2GB RAM and get the Android Go experience.

Lava has said you can opt for 66 different possible combinations, which you can try out on the myZ page.