Oppo, a month ago, came with the Reno5 and Reno 5 Pro, its two new phones with 5G support. Today, the company has launched the 4G variant of the Reno5. The specs are pretty much similar to its sibling, minus the connectivity, of course, which means that there’s a difference in the chipset as well.

In fact, the change is rather drastic if you look at the processor. It has the pretty old Snapdragon 720G chipset, which was seen in the Reno4 4G, unveiled a while ago. Regardless, you still get some improvements over the Reno4 series phones to put it on par with other Reno5 series. 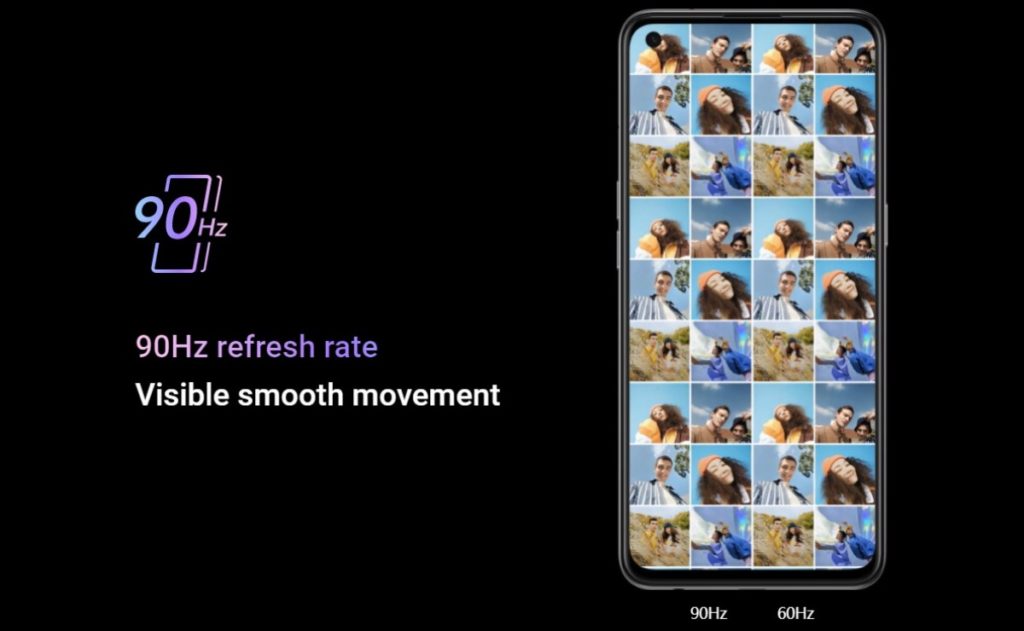 The Oppo Reno5 4G brings a 6.4-inch AMOLED screen with a 90Hz refresh rate and 180Hz touch sampling rate. The resolution stays at 1080p+ but it has full sRGB coverage in Light mode with Vivid mode offering 100% on sRGB and 93% of the DCI-P3 color gamut. There’s HD video support in Netflix and Amazon Prime Video with the addition of Dolby Atmos for an immersive audio experience.

We have a big upgrade in terms of the main camera as well — it now has a 64MP sensor in offer with an f/1.7 lens. The remaining three units, though, are the same; an 8MP ultra-wide-angle camera with 119-degree FoV and two 2MP modules for depth and macro. Again, the selfie camera boasts a pretty impressive 44MP sensor. 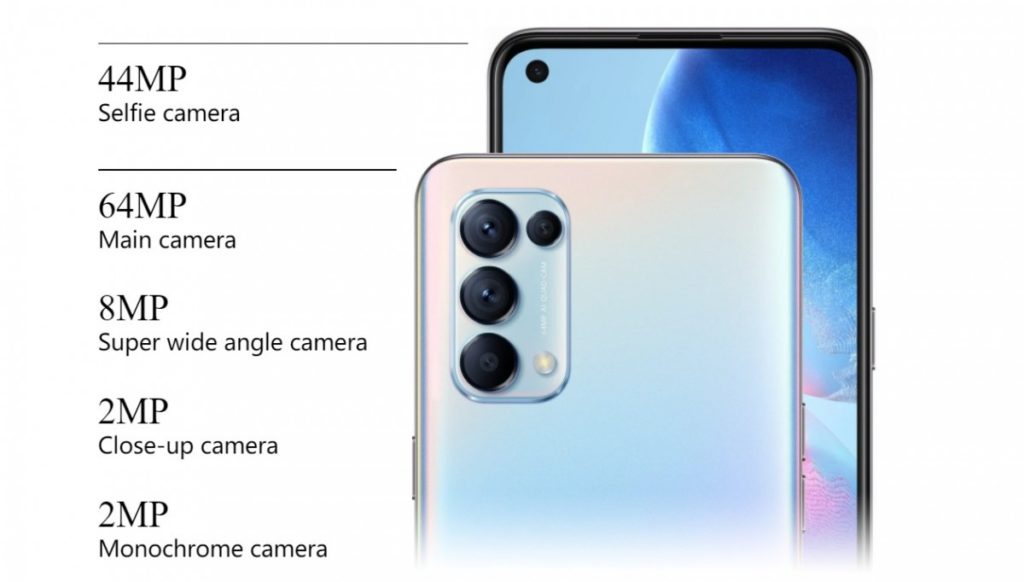 In low-lighting conditions, the Reno5 4G has Super Night mode in offer alongside Live HDR for both photos and videos. You also get some pretty neat software tricks like split-screen view and dual exposure.

Powering this phone is a 4,300mAh battery, which is not that much from the Reno4 which had a 4,015mAh cell; though you get a much faster-charging rate of 50W (the Reno4 had 30W). The phone, though, ships with the same 65W charger as its 5G models; and even if it doesn’t fully utilize it, it only takes 48 minutes to fully charge the phone.

Also, it’s quite generous of Oppo to add an overpowered charger when other manufacturers are removing it from their flagship boxes. On top of that, you still get a 3.5mm headphone jack — Oppo’s going against the trend.

Out of the box, the phone boots on ColorOS 11 layered on top of Android 11. The phone has 8GB of LPDDR4X RAM and 128GB of onboard storage. Other feature includes Bluetooth 5.1 with aptX HD and LDAC, however, there’s no NFC.

Government to penalize e-commerce businesses without websites, could fine up to NPR 1 lakh