Samsung Galaxy A02 official with dual-camera and 5,000mAh battery

Samsung’s budget lineup is getting a new addition in the form of the Galaxy A02, which is cheaper than the already aggressively priced Galaxy A02s. This one goes for a price of THB 2,999 in Thailand, which is around NPR 11,600 in Nepal.

If you look inside, the phone is pretty similar to the A02s, except it has one less camera at the back and MediaTek MT6739W chipset. There’s only one variant on offer though — 3GB of RAM and 32GB of storage which can be expanded via microSD card. 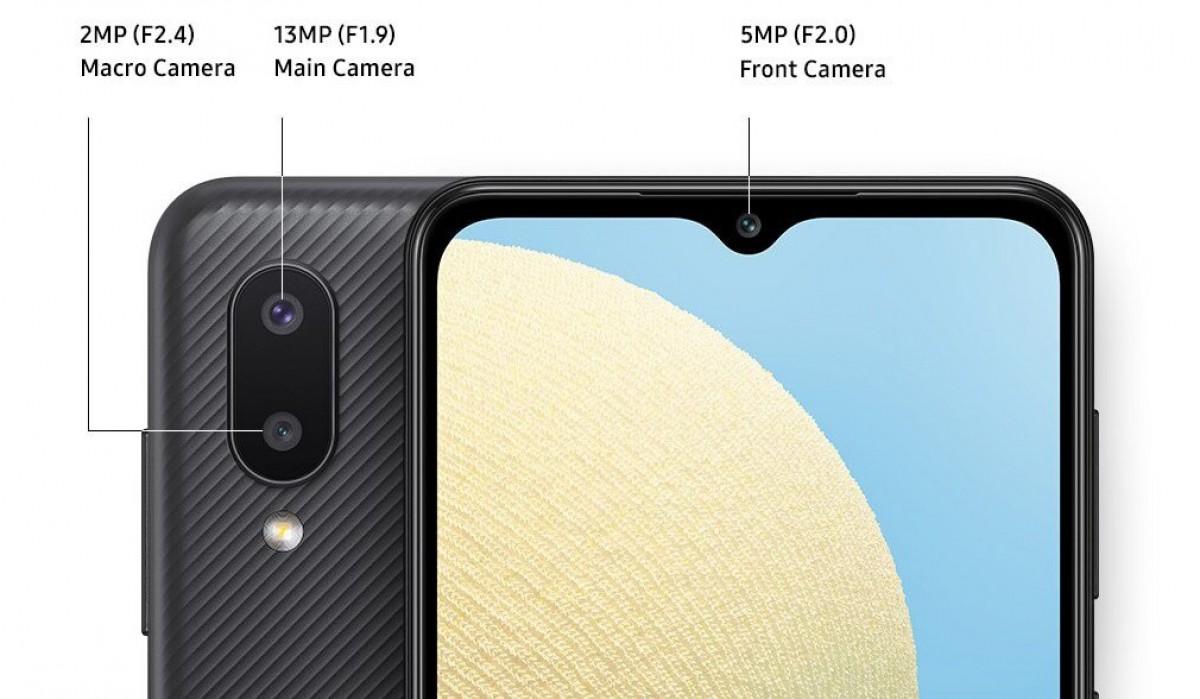 The front has a 6.5-inch HD+ LCD screen with a waterdrop notch that holds a 5MP selfie camera. The back gets just two cameras, including a 13MP main sensor and a 2MP macro lens.

Out of the box, the Galaxy A02 ships with Android 10 with OneUI 2 layered on top. It powers on a 5,000mAh battery at 7.75W charging speed over a dated microUSB port. Of course, the phone has a 3.5mm headphone jack and has a dual SIM support. Samsung has not said anything about its availability outside Thailand, but we expect the phone to hit Nepal in the coming months.

Infinix Note 8i now available in Nepal exclusively via Daraz