The Huawei MatePad tablets are official, and it becomes the first device to introduce Harmony OS in global markets. However, the platform doesn’t seem anything more than a forked Android.

If you compare the Huawei MatePad Pro 2019 edition with the new 2021 edition, both have an Android Q Easter Egg app installed. Given the visual and functional similarities between Android 10 (Q) and Harmony OS, it’s a letdown to those expecting a fresh platform.

As for the MatePad 2021 line, Huawei has announced a 10.8 and a 12.6-inch MatePad Pro along with an 11-inch MatePad 11. All the models flaunt tablet desktop that is heavily swayed from iPadOS. Though you can use all of them as drawing tablets for Windows PCs, i.e. drag content from the Windows PC to the device that runs Harmony OS. These come bundled up with M-Pencil styles for drawing. 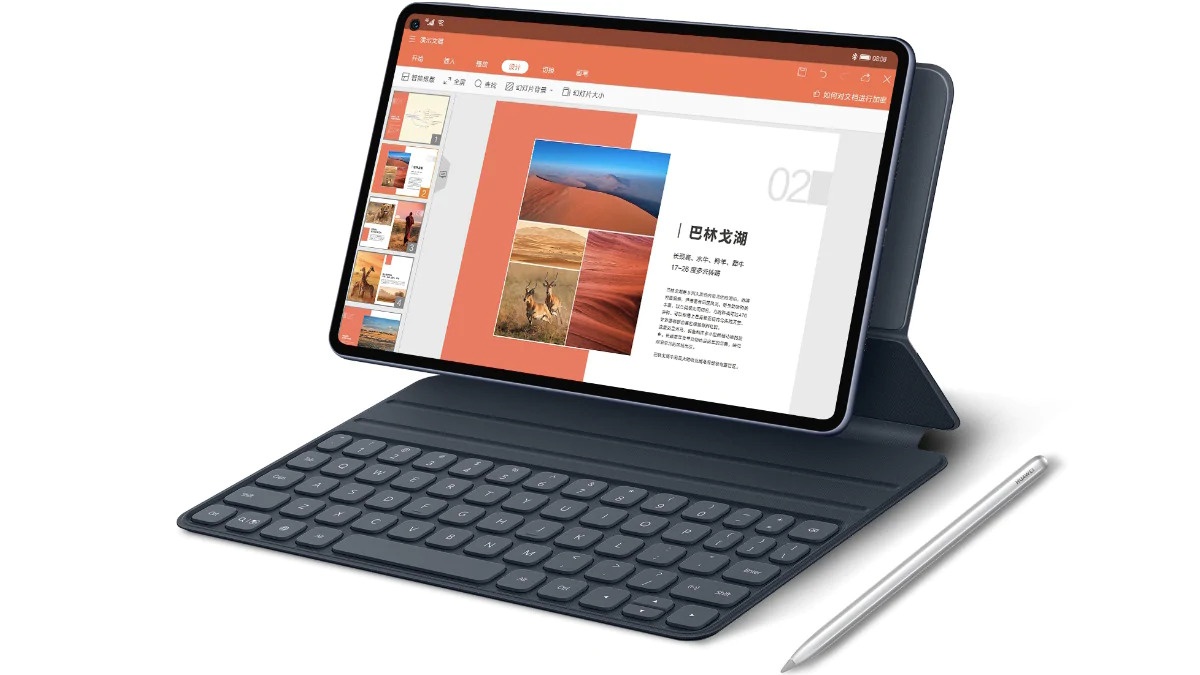 Harmony OS also supports the iPad-style feature that allows you to use your device as a second monitor or use a paired smartphone to answer phone calls. The Pro versions are actually compatible with full-size magnetic keyboards.

The 12.6-inch MatePad Pro boasts an OLED display with a 60Hz refresh rate, a Kirin 9000E chip, a triple camera set up at the back, four microphones, eight speakers, and a 10,050mAh battery with 45W wired, 27W wireless, and 10W reverse charging, and 14 hours playback.

The 10.8 incher, on the other hand, is powered by a Snapdragon 870 chip from Qualcomm whilst the 11-inch slate uses Snapdragon 865. The MatePad 11 carries a 2,560 x 1,600-pixel panel with a 120Hz refresh rate, four speakers, and supports M-Pencil and keyboard attachment too.

Huawei has neither revealed the price of the MatePad 11 nor the international availability of all tablets. Bear in mind that the unavailability of Google services will certainly affect sales in a majority of global markets though it could make its way to the Western part of Europe.

More about the Harmony OS 2.0

In the earlier quarter of 2021, Huawei had a fair share of words on Harmony OS 2.0. The developer preview did have a lot of similarities with the Android 10. But the easter egg app is weird to which Huawei stated that it leveraged several third-party open-source resources such as Linux to expedite an all-inclusive architecture, yet surely obeying open-source rules.

We have already seen the likes of BlackBerry that’d use Android Runtime to run Android applications. So, it’s no strange Huawei takes up the Android Open Source Platform (AOSP) as well. However, it would have been nicer if it was less similar to what we get to experience with Android 10.

With collaborative authentication, the user can unlock a device leveraging data from two different devices. For instance, users can use face unlock in a smartphone in alliance with a smartwatch’s data.

Similarly, super device functionality has a circular user interface with smart devices surrounding a host device, which is right in the middle. Hence, you can swipe the desired smart device to the host device for pairing.

Furthermore, you get the cross-device functionality to see all recent applications of both the smartphone and the tablet on a single app, of course in the recent apps menu. Not to mention, you can even swipe an app that’s running on one of your devices to the other.

We’ll have to get our hands on to see what more it has to offer, until then all we can convey is that the Harmony OS is yet another brainchild of AOSP.