After hundreds of leaks and rumors, the Huawei P50 has finally made its way to the main stage. Huawei’s new P50 series brings two models only this time instead of three — just vanilla and a Pro variant. Both models offer improved cameras and two new chipsets to the table.

First of all, the cameras — they still carry that Leica branding, and both models bring 10-channel color sensors and improved telephoto lenses. The duo also has the same main camera — a 50MP sensor that has a 23mm lens with f/1.8 aperture and Optical Image Stabilization (OIS).

The Huawei P50 Pro, on top, has a 40MP black and white camera with a 26mm lens and an f/1.6 aperture. The last one is a 13MP ultrawide shooter with a 13mm f/2.2 lens. You’ll also have Laser autofocus to aid these sensors. 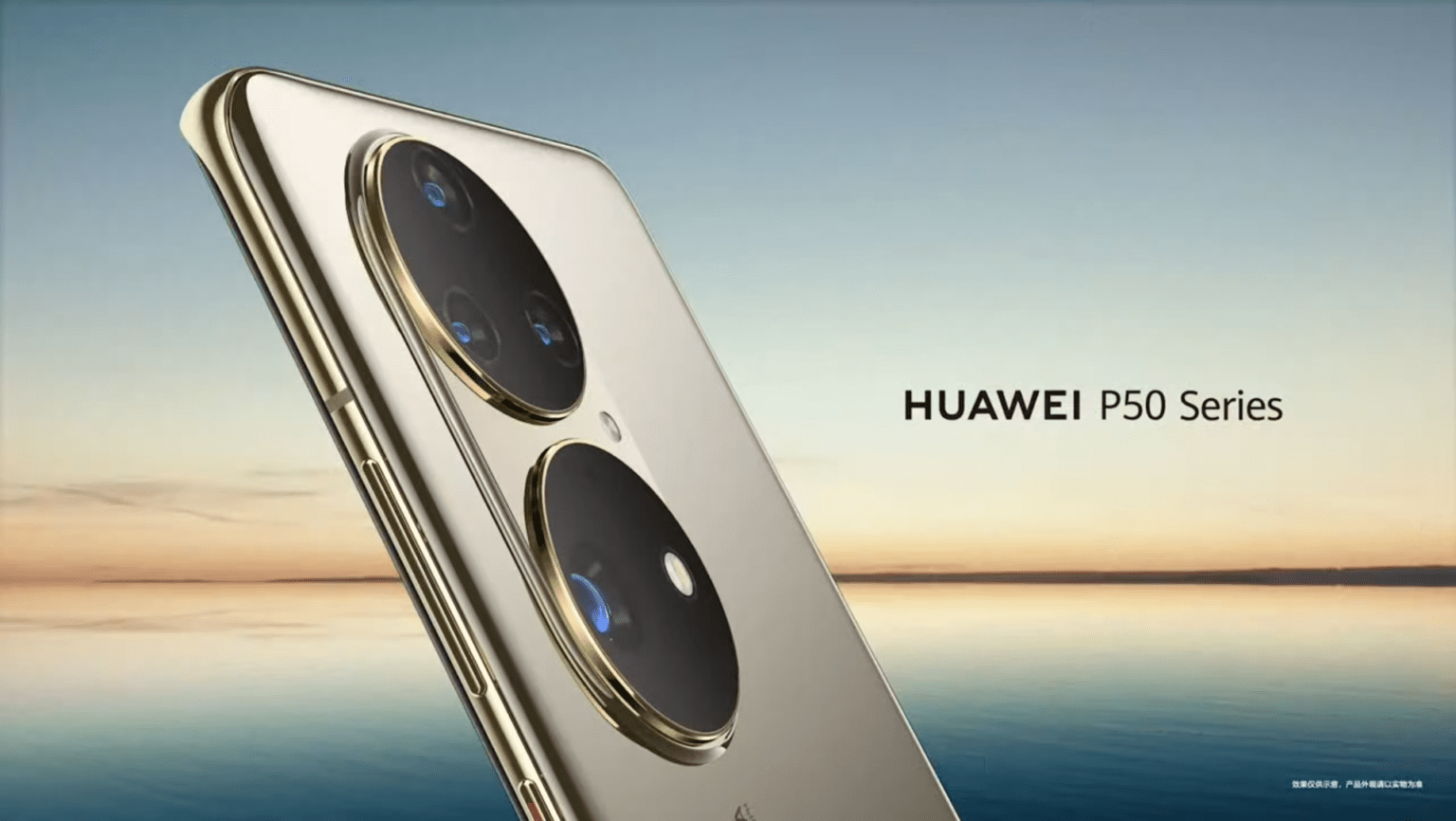 The P50 Pro also consists of a periscope lens with 90mm focal length, which is not that impressive to what’s going on around lately, but the 64MP sensor should offer higher quality images and a lot of room for modification. This one has an f/3.5 aperture with OIS.

The standard P50 model also has its own periscope lens, making it the first non-Pro model to have it, albeit less superior. This one has a 125mm focal length with 5X zoom, though has a less capable 12MP sensor alongside the f/3.4 lens with OIS. The vanilla model also has a narrower 16mm ultrawide shooter but a similar 13MP sensor. Nonetheless, you get the same 13MP selfie cameras on both models.

The Huawei P50 Pro also has XD Fusion Pro, an image fusion technology that increases the amount of lights received in comparison to the P40 Pro while increasing the dynamic range by 28 percent at the same time. Both phones support 4K video capture but there’s no support for 8K. For slow-mo, the phone maxes out at 1080p @ 960 fps.

The Huawei P50 Pro, inside, will have two different chipsets — one is the Kirin 9000, and the other is Snapdragon 888. Both chipsets only have 4G connectivity options, which is weird given that both chipsets are more than capable of running on 5G networks.

Regardless, the Pro model comes in a variety of memory setups. The base variant has 8GB of RAM and 128GB/256GB/512GB storage with support for NM card. The top of the line model has 12GB of RAM and 512GB of onboard storage. The standard Huawei P50 only has Snapdragon 888 chipset and again it’s limited to 4G support only. This one offers 8GB of RAM and 128GB/256GB of storage, which is expandable via a microSD card. You’ll see Huawei’s HarmonyOS 2.0 running in the background on both phones out of the box.

Both phones also have almost similar screen sizes, but the Huawei P50 Pro sports a curved 6.6-inch OLED panel with 1225 x 2700 pixel resolution. It supports HDR and has a 120Hz refresh rate with a 300Hz touch sampling rate.

On the other hand, the vanilla P50 has a flat 6.5-inch OLED screen with the same resolution, though the screen refresh rate is limited to 90Hz only. This one supports HDR content as well. 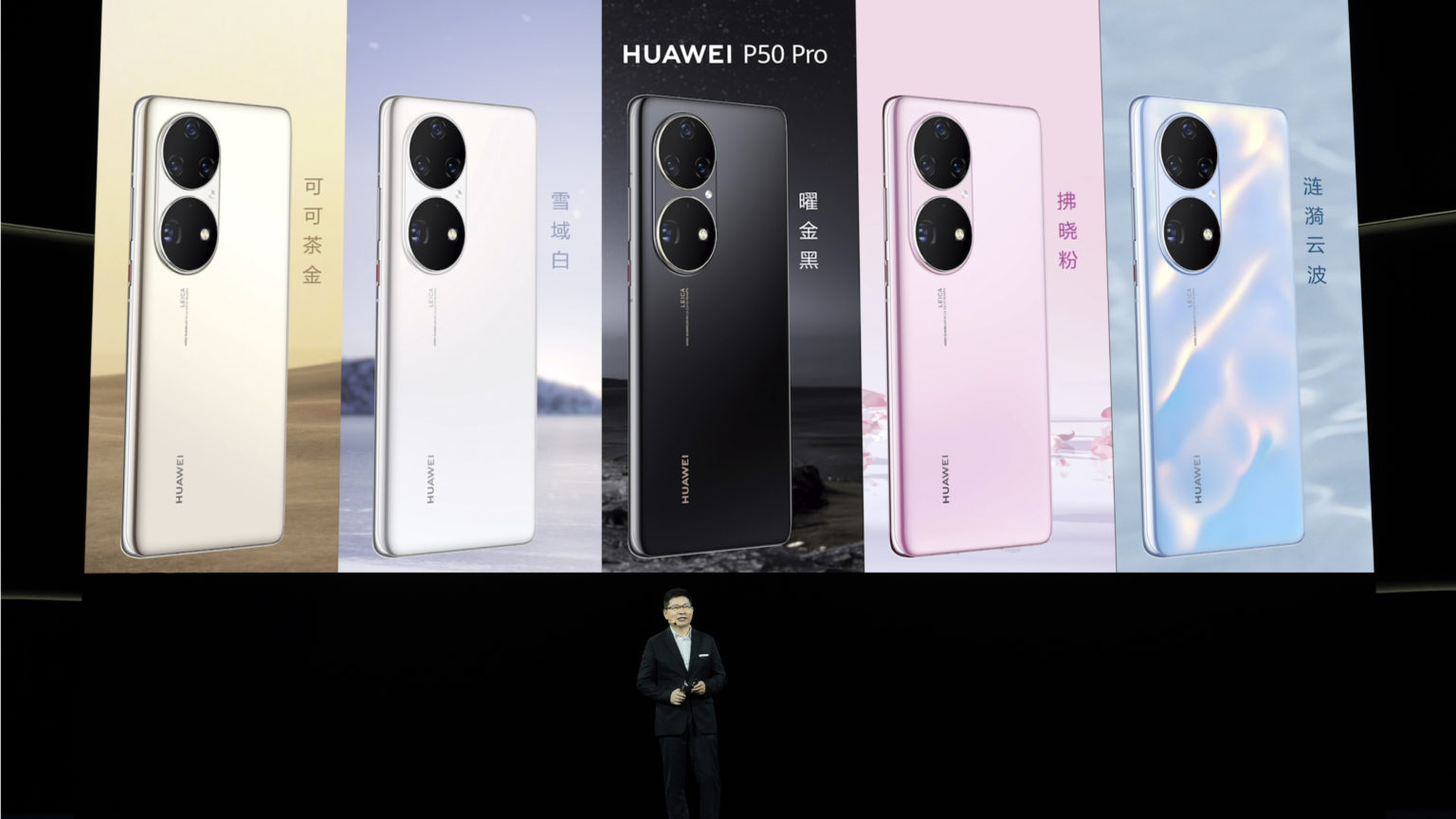 Battery size is quite similar as well — the Pro model has 4,360mAh and the standard has a 4,100mAh cell. Both support 66W wired and 50W wireless charging. Also, both phones bring stereo speakers and have an IP68 rating for dust and water resistance.