The latest iteration to Vivo’s camera-focused smartphone is here — it’s the Vivo X70 Pro+, the company’s flagship with Zeiss-branded cameras. The new phone brings over-the-top features not just in the camera but the internals and externals as well, most notably the Snapdragon 888+ chipset.

To start off with the change, we have a huge 6.78-inch Samsung-made E5 AMOLED panel with 1440p resolution, an upgrade from the 6.56-inch 1080p panel on its predecessor, plus add the HDR support as well. 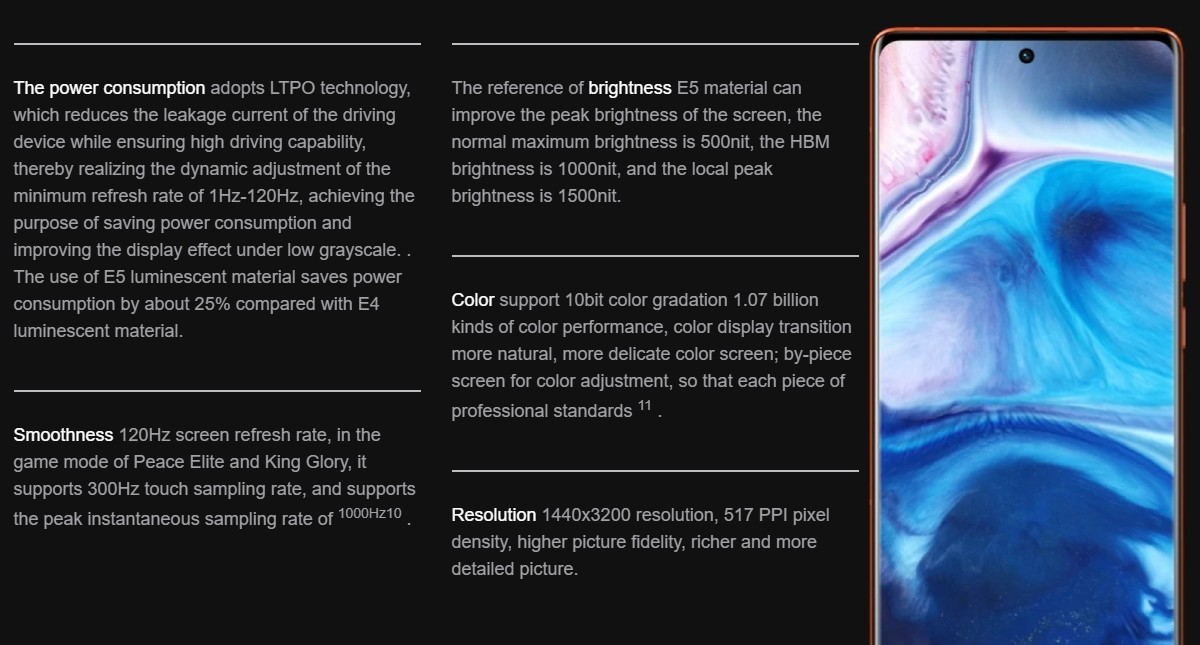 The screen uses an LTPO panel, letting it gradually adjust its refresh rate from as low as 1Hz to 120Hz — this is a huge boost if you love having granular controls. The touch sampling rate is 300Hz. The E5 panel, on the other hand, consumes less power in comparison to the older E4 panels.

Powering this heckuva phone is a 4,500mAh battery which is a bit bigger than the 4,200mAh on the X60 Pro+, while the charging speed stays the same at 55W. Then there’s the wireless charging which is almost as good as the wired charging at 50W. Last year’s model had pretty good endurance, and even if the prior model has a bigger battery, it also has got a much bigger and faster screen to juice up. In terms of the camera, even if the handset has a bunch of impressive sensors, things haven’t changed much. The main camera sports a 50MP Samsung GN1 sensor with 1.2µm pixels (2.4µm with binning) behind the f/1.57 lens. There’s also an ultrawide camera with gimbal stabilization. This one uses a 48MP IMX598 sensor with 114-degree FoV. Meanwhile, out of two telephoto lenses, the 125mm periscope lens with 5x magnification has an f/3.4 lens and an 8MP sensor, which is the same as before. Then there’s the 50mm portrait camera, which now has a 12MP sensor with a brighter f/1.6 lens in place of a 32MP f/2.1 sensor. All four cameras offer some kind of Optical Image Stabilization and electronic stabilization.

The lenses also get ZEISS T* anti-reflective coating. The ZEISS branding is not there just for the sake of branding but actually, ZEISS has hand in the phone’s ultra-low dispersion glass for the lens — this should decrease the glare and chromatic aberration.

Putting things aside, Vivo has added a new V1 chip that comes to work in image processing and AI magic. The custom chip also uses less power than the main chipset when it does the same work.

Another addition is the IP68 rating, which now protects the phone from dust and water. And like its predecessor, the phone has vegan leather on the back with two color options: Orange and Blue; or just a standard Black color.

Though we don’t expect the Vivo X70 Pro+ to launch in Nepal given the pricing, we like surprises and would love to have this phone in the Nepali market, albeit at a premium cost.

Realme 8s 5G and 8i announced with new MediaTek chipsets and 5,000mAh batteries