Realme Narzo 50A and Narzo 50i officially launched in Nepal

The Narzo brand from Realme is finally here in Nepal with the debut of the Narzo 50A and the Narzo 50i out of which the former is a bit premium in comparison.

The Narzo 50A gets its power from MediaTek’s Helio G85 chipset which is paired with 4GB of RAM and 64GB/128GB of onboard storage which is expandable via microSD card. Narzo has always been youth-centric and you can see in their design — the 50A looks relatively premium than its price, thanks to the two-tone ridged and matte texture back. 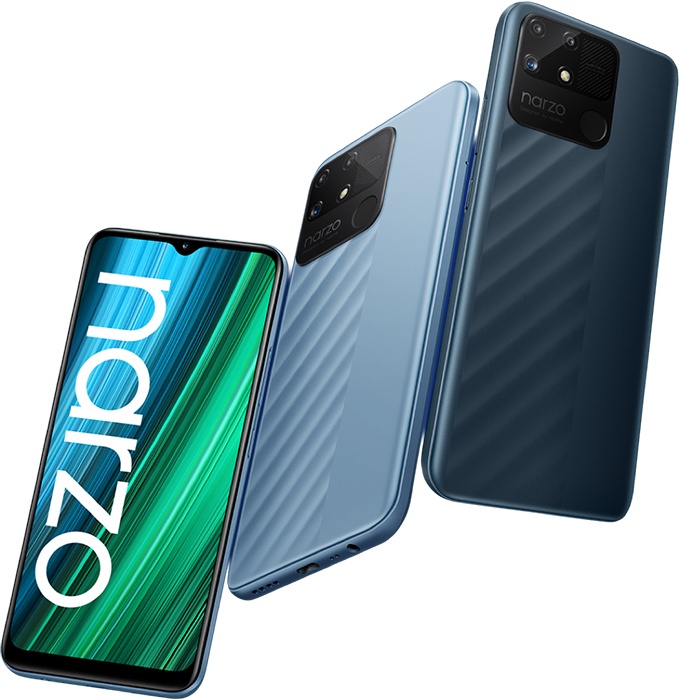 Put that aside and there’s a big camera isle that offers a 50MP main camera alongside a 2MP macro and a 2MP portrait lens. Selfies are taken care of by a bare minimum 8MP camera.

The phone brings a 6.5-inch HD+ LCD panel and it complements its massive 6,000mAh battery wholly, though the 18W charging speed is not that game-changing in today’s day and age. And of course, you can reverse wire charge other devices through the phone. Out of the box, the phone boots on Realme UI 2.0 built on Android 11. There’s also a rear-mounted fingerprint scanner and a handy headphone jack.

Now coming to the Narzo 50i, it’s a basic device that has a Unisoc SC9863A chipset and 2GB/4GB RAM or 32GB/64GB of storage. Keeping its basic hardware in mind, the software is rather bland with the realme UI Go Edition based on Android 11. 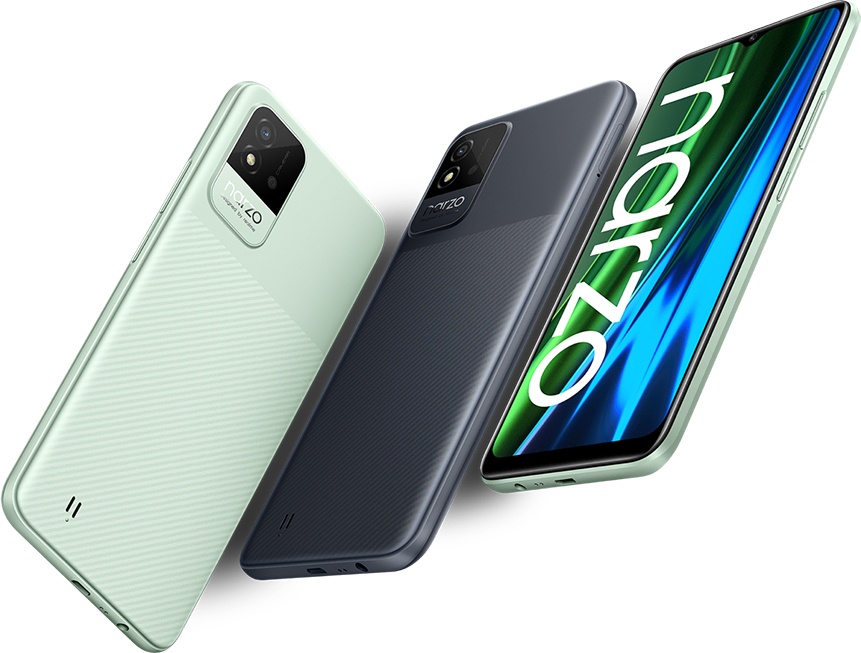 Nothing is special in terms of the camera as well — it has a single 8MP rear camera, while the front offers a 5MP sensor for selfies. But you do get an impressive 5,000mAh battery which should last you a couple of days of usage.