Google announces the Pixel 5 for $699 with less-powerful specs

The much-awaited Pixel 5 has been announced for $699 by Google. When you take a look at the flagship, the Pixel 5, in comparison to last year’s Pixel 4 has bland specs — Google has cut off flashy features like Motion Sense gestures but instead has put emphasis on optimizing features that set the Pixel apart, like its beloved camera software.

Starting off, the Pixel 5 now has a Snapdragon 765G processor — instead of the flagship Snapdragon 865 or 865 Plus — with Qualcomm’s integrated X52 modem. This is quite a new approach from Google, which has been releasing devices with flagship specs alike other top-tier devices from Samsung or OnePlus. However, less powerful hardware means that Pixel 5 has now a lower price tag.

A water-resistant phone that creates quite a splash. The new #Pixel5 has 8 GB of RAM and wireless and reverse wireless charging to use with your Pixel Stand or to charge your Pixel Buds on-the-go.https://t.co/YYzCyiRlDR #LaunchNightIn pic.twitter.com/JB9NVMeWvK

Obviously, there’s the newly announced Pixel 4A 5G as well, but there are features that distinguish it between the two, including IPX8 water resistance, reverse wireless charging, a bit more RAM, and a sturdier Gorilla Glass 6 layer. Despite that, the Pixel 5 lacks a 3.5mm headphone jack, which its cheaper siblings have.

Come to the front and you’ll see a 6-inch 2340 x 1080 OLED screen with a 19.5:9 aspect ratio and 90Hz refresh rate. There is a hole-punch at the top that holds the selfie camera. In regards to the removal of the Motion Sense camera, the phone has almost no bezels (smaller chin than Pixel 4 as well) with an edge-to-edge display.

Finishing off the specs are 8GB of RAM with 128GB of onboard storage, and a 4080mAh battery with 18W USB-C fast charging. Connectivity-wise, the Pixel supports both sub-6GHz and mmWave 5G connection. 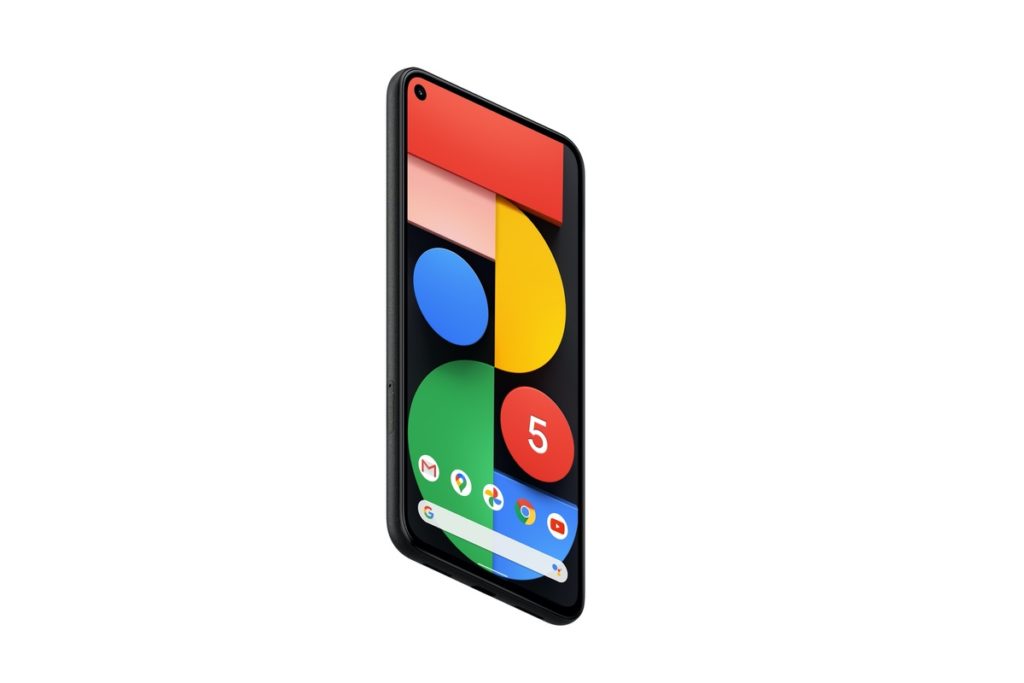 As expected, the show stopper here is the cameras. Although it has only two cameras at the back, Pixel phones have never been about showboating higher numbers, rather it’s the software. Nonetheless, it has a 12.2MP main camera with 77-degree FoV and both OIS and EIS; besides that there’s a 16MP ultrawide shooter with 107-degrees FoV. The front, though, has an 8MP selfie camera but it now supports portrait mode shots while using Night Sight mode.

With every Pixel launch, we get new camera software features, and this one is no exception. It now offers a new AI-based “Portrait Light” mode — this one allows you to change the lighting while taking portrait mode shots — a “Cinematic Pan” setting for panning your shots, and finally there are stabilization modes for less shaky videos. Add to that, the phone also offers the “Extreme Battery Saver” mode which, as claimed, will increase the battery life to up to 48 hours.

This year’s Pixel was meant to be different, and we all knew that. Instead of packing flagship specs, Google is offering slightly low-powered specs and a lower price point: the Pixel 5 will go on sale for $699, $100 less than the Pixel 4’s starting price point. But still, given that there are phones that are much more powerful and have equally capable cameras, if not better, the Pixel 5 starts looking like a bad deal.

Starting from October 15, the Pixel 5 will go on sale in eight countries, while the US will get it on October 29.