The much-awaited Samsung Galaxy S22 Ultra has finally been announced in Nepal. In terms of design, Galaxy S22 Ultra takes its inspiration from the Samsung Note lineup whilst introducing a built-in slot for the S-Pen. The S-Pen, similarly, is said to deliver 70% less latency than the one seen in the Note 20 Ultra. Galaxy S22 Ultra also flaunts a 6.8-inch QHD+ AMOLED display with curves on both the left and the right corners.

Here we will take a detailed overview of the device followed by its expected price in Nepal and availability. 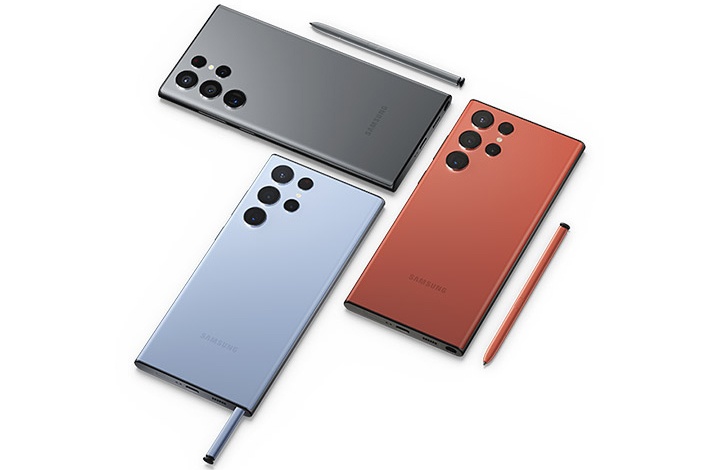 The handset is rated for dust and water resistance with IP68 certification asserted to provide protection up to 1.5m for 30 minutes.

Running on One UI 4.1 on top of Android 12, S22 Ultra is powered by Qualcomm Snapdragon 8 Gen 1 SoC based on 4nm fabrication. In Europe, however, it uses Exynos 2200 chipset based on a 4nm process.

At the front lies a single f/2.2 40MP wide shooter with PDAF. The front camera also features dual video calls and auto-HDR. The video recording capability is limited to 4K at 30/60fps and 1080p at 30fps.

While the official price of the Samsung Galaxy S22 Ultra remains undisclosed in Nepal, it could ship anywhere starting at NPR 1,50,000. With pre-orders scheduled to commence as of 23 February, the official sales are slated to start on 9 March 2022.

Also, watch out for special gifts as Samsung has also announced the same for the ones who pre-book.