Cinemaghar: Here’s what we think about the OTT app

OTT platforms in general have gotten all the buzz ever since the world succumbed to the lockdown. While the top players like Netflix and Amazon Prime Video have catered to the global masses, we decided to plunge into our own national content and that’s when we stumbled upon the Cinemaghar app, and here’s what we found out.

Surprisingly, as it turns out, the Cinemaghar app was released and developed in 2016 by 361 Degree Media. And that’s all about it, we never heard nor saw much, until recently, when most of the news media started hyping the app. That’s when we realized that journalism has really gone to the dogs.

The app is available on both Google Play Store and the App Store. Depending on which side of the ecosystem you’re in, your experiences may vary. Whilst the homepage of the app looks somewhat good on most phones, everything else seems lackluster especially for an app that has been around for almost 5 years now.

Talking of which, we couldn’t even find the app on the Play Store on two of our Android phones. On further inspection one of the devices didn’t meet the criteria i.e. the phone ran on Android 7 as the app requires Android 7.1 or above. What we couldn’t make out is why one of the devices (MI A1) running on Android 10 didn’t show up the app on Play Store. Downloading the apk file did fix our problem eventually.

Things get even more crummy on the iPhone side of things, more specifically on the iPhone 12 Pro Max. The UI seems elongated and forced to fit the screen, while we were left with no choice but to watch the content on an unusual aspect ratio with black bars, so that’s one thing you’ll have to keep in mind. The buttons and menus are out of place (on iPhone 11 Pro Max or above) and the app constantly crashes and fails to register touches every so often. TL;DR Cinemaghar app is plagued with bugs on iOS, so you should probably wait before it’s fixed.

The media player looks basic, and lacks intuitive controls, except a timeline slider below. We tried recording the screen through iOS and Android’s built-in recorder, and surprisingly it did detect the recorder on the former, though it failed on the latter. So we are pretty sure that the app isn’t using any DRMs, which restricts users from even using the screenshot feature of the phone. Ironically, the app presents with an anti-piracy notice in every instance.

If in case you’re wondering about casting, yes, the app supports screencasting, but it’s not free from flaws either.

We tried to cast the app to our TV via Chromecast, but the media control in the app occasionally crashed or ‘expired’ prompting us to restart the app as well as the movie. On the other hand, the casted content has a lame watermark at the center (we’ve highlighted it in the picture) which takes out the whole immersion.

The app is available globally and the subscription charge is kept at NPR 500 for the yearly subscription to the Gold package regardless of your geo-location.

You can subscribe via email or your phone number and can pay for the subscription charge via Khalti, eSewa, Mastercard, VisaPay, Paytm, Freecharge, and a few other payment portals available to make the payment procedure convenient. 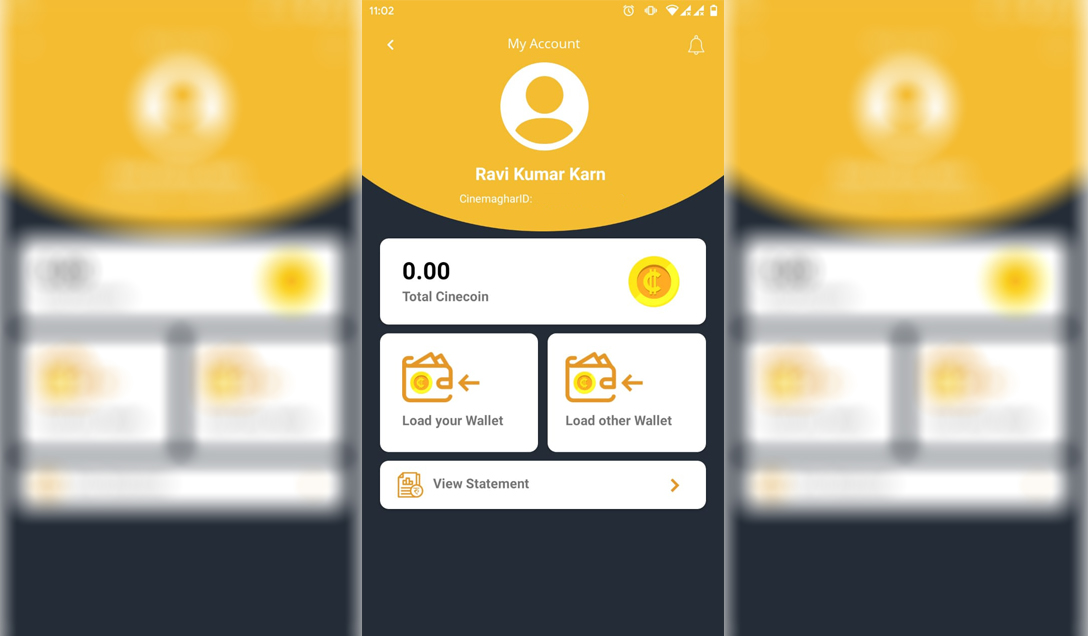 Furthermore, Cinemaghar Gold subscribers can also use Cinemaghar wallet or coins to pay for the subscription or any particular movie which shall enable people without access to digital payment to have access to Cinemaghar movie streaming.

For that price, one account is valid across two different devices. Content on the Cinemaghar Gold in contrast to Netflix, Hulu, Peacock, Apple TV+, and any other OTT platforms, is available across the globe and irrespective of the location.

Content is what speaks on behalf of the platform and differentiates one platform from the other. But that’s not the case with Cinemaghar Gold with just a handful of movies and a couple of standup comedy acts, there’s not much [interesting] content available as of now, at least not that we know of.

So we’d suggest you wait for the platform to mature before spending your money, especially when there are other alternatives like iFlix which has been offering exclusive Nepali shows and movies.

Some exclusive movies are rumored to premiere soon on the app but until then it’s not worth it. You might as well catch up on the latest movies in theatres unless you live out of the country — or just use YouTube where most of the Nepali movies are available for free of cost anyway.

Whilst the motto of Cinemaghar Gold to bring a theatre-like experience at a modest price to the global audience is exemplary, it needs to focus on improving its buggy app and make it more palatable to the masses with a variety of content. If not, with apps like iFlix already in the league (and way ahead of the game), it’s hard to imagine users paying for the app largely for the content that’s already available on YouTube for free.

Until then, Cinemaghar remains an app that’s in beta version with regards to content, to say the least.

LG offers a sneak peek of its upcoming rollable smartphone