Here, we will take a quick overview of both the devices followed by their specifications and availability.

The Samsung Galaxy F12 comes with a 6.5-inch PLS IPS panel with a 90Hz refresh rate, 1600 x 720 pixels resolution, and a 20:9 aspect ratio with protection under a Corning Gorilla Glass layer. Both the back and frame are built with plastic.

Running on One UI 3.1 based on Android 11, the Galaxy F12 is powered by an 8nm process-based Exynos 850 chipset paired with 4GB of RAM and 64GB or 128GB of eMMC 5.1 storage expandable via a dedicated microSDXC slot. As for the camera, it has a quad-camera setup at the back that includes a 48MP wide, a 5MP ultrawide, a 2MP macro, and a 2MP depth sensor whilst a single 8MP wide shooter at the front housed inside a teardrop notch for selfies. Both the rear and front cameras are capable of recording up to 1080p videos at 30fps.

A non-removable Li-Po 6,000mAh battery with 15W fast charging keeps the lights on.

The Galaxy F02s carry a similar 6.5-inch PLS IPS panel with 1600 x 720 pixels resolution and a 20:9 aspect ratio. But you miss the Gorilla Glass protection here.

The device boots on Android 10 and is powered by a 14nm fabrication-based Qualcomm Snapdragon 450 processor coupled with 3GB or 4GB of RAM and 32GB or 64GB of eMMC 5.1 onboard storage expandable via a dedicated microSDXC slot.

On to the camera, we are looking at a triple-camera setup at the back, which comprises a 13MP wide, a 2MP macro, and a 2MP depth sensor, together with an LED flash. The rear camera module is capable of recording 1080p videos at 30fps. At the front, however, lies a single f/2.2 5MP sensor housed inside a notch for selfies. 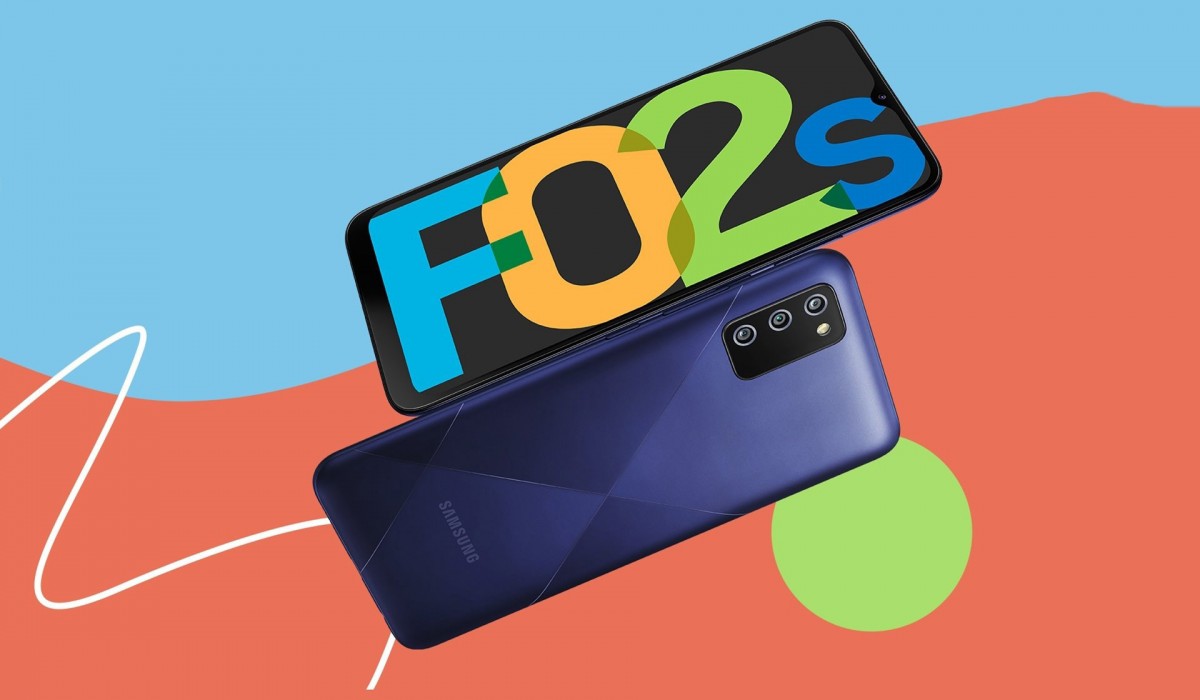 Oppo A74 and A74 5G goes official with two different chipsets