You can scroll to know more about the price of the iPhone 12 Pro in Nepal as well as the specs of both phones.

Sales will kick off from December 11, alongside the standard iPhone 12 model.

For more information on both the iPhones, you can look at our original article below.

Original, 14 October 2020 [12:47 AM NPT]: Apple’s biggest and beefiest phones have arrived: the iPhone 12 Pro for $999 and 12 Pro Max for $1,099 with 5G support, a new edgy, and square design that takes us back to the iPhone 4 era. This new model also announces the departure from the old design from the bezel-less era which was there since the launch of the iPhone X in 2017.

The price stays the same but the display size has gotten a bit bigger — 6.1-inch on the iPhone 12 Pro and 6.7-inch on iPhone 12 Pro Max in comparison to last year’s 5.8-inch iPhone 11 and iPhone 11 Pro Max with 6.5-inch. This means the new 12 Pro Max is notably the biggest phone from Apple to date. As usual, this year’s ‘Pro’ models get stainless steel frame instead of the aluminum on the vanilla iPhone 12, in four colors including a new blue, gold, stainless steel, and gray.

New iPhones mean new chipset, and this year’s Pro models will come with Apple’s A14 Bionic — first seen on the new iPad Air launched a month ago. The new chip is Apple’s first-ever silicon to adapt the 5nm process, instead of 7nm on last year’s A13 Bionic, and this comes with some significant performance improvements and power efficiency. The new 6-core CPU and 4-core GPU is the best in the business, delivering a 50 percent faster performance than any other phone in the market.

The market has shifted and 5G is the next big thing, and both the Pro models adopt this technology. The iPhone 12 Pro will support both sub-6GHz and mmWave 5G, meaning it should work with large numbers of 5G networks. Apple claims both phones offer “the most 5G bands of any smartphone” suggesting it will support a wide range of cellular networks around the world with various 5G bands.

Another new thing is a LIDAR sensor, which is already present in the iPad Pro. This new sensor will be used for AR effects as well as help focus in a low-light situation making night-time photography less of a chore with autofocus six times faster than previous iPhones. Both phones also get Night Mode portrait photography shots.

There’s a new “Ceramic Shield” technology that the new Pro models come with, and Apple says that it’s tougher than the glass of any other smartphones, with four times better “drop performance”, offering drop resistance.

Much like last year’s iPhone 11 Pro, this year’s models get triple-camera at the back, with all three being 12MP unit — one for the normal shoot, the other for telephoto, and lastly an ultra-wide sensor. 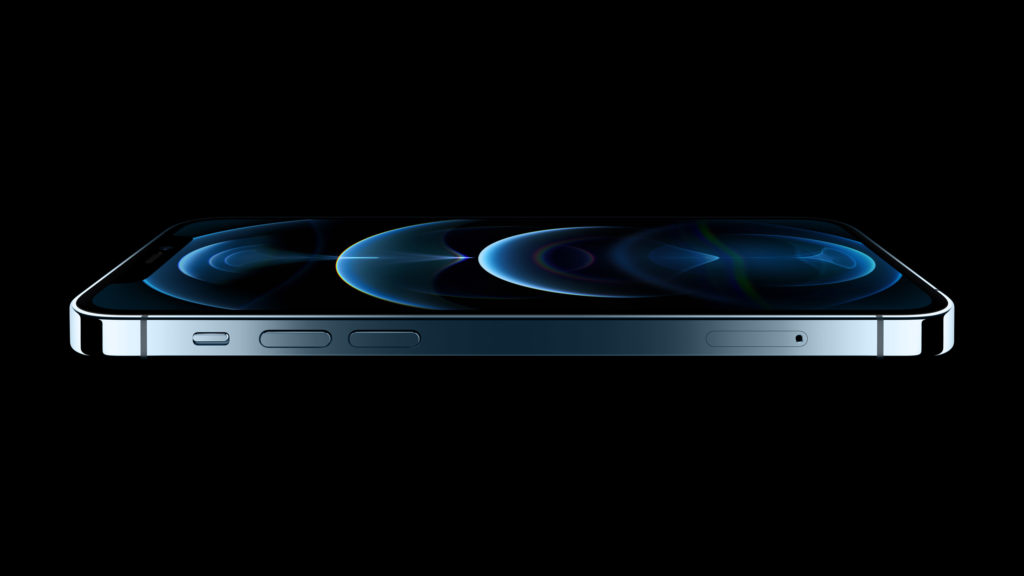 Barring the megapixel count, this year’s camera sensor has got some upgrades. The 12MP telephoto lens now offers a 65mm focal length, that can optically zoom in up to 2.5 times. The new wide camera has an f/1.6 lens with a new and improved OIS system — the sensor is also 47 percent larger, which when combined with the lower aperture delivers up to 87 percent better low-light photography.

RAW photography in a smartphone is not a new thing, and Apple has finally adapted it — it’s called “Apple ProRAW” that will be available for the Pro models down the line. The ProRAW feature will come with existing computational photography like Deep Fusion and Smart HDR that goes alongside the dynamics of RAW photos. The RAW format will be available in all four cameras and will let users configure like sharpening, color highlights, exposure, and more on top of Apple’s existing enhancements. 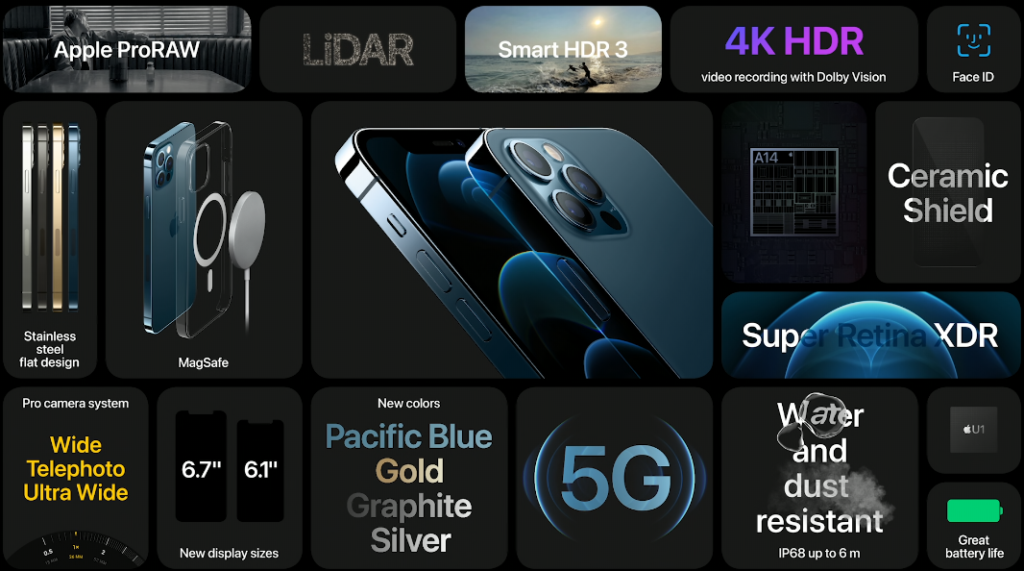 The MagSafe wireless chargers and accessories support is here as well, which brings a vast range of Apple accessories including charging pads, magnet cases, and even magnet wallets. 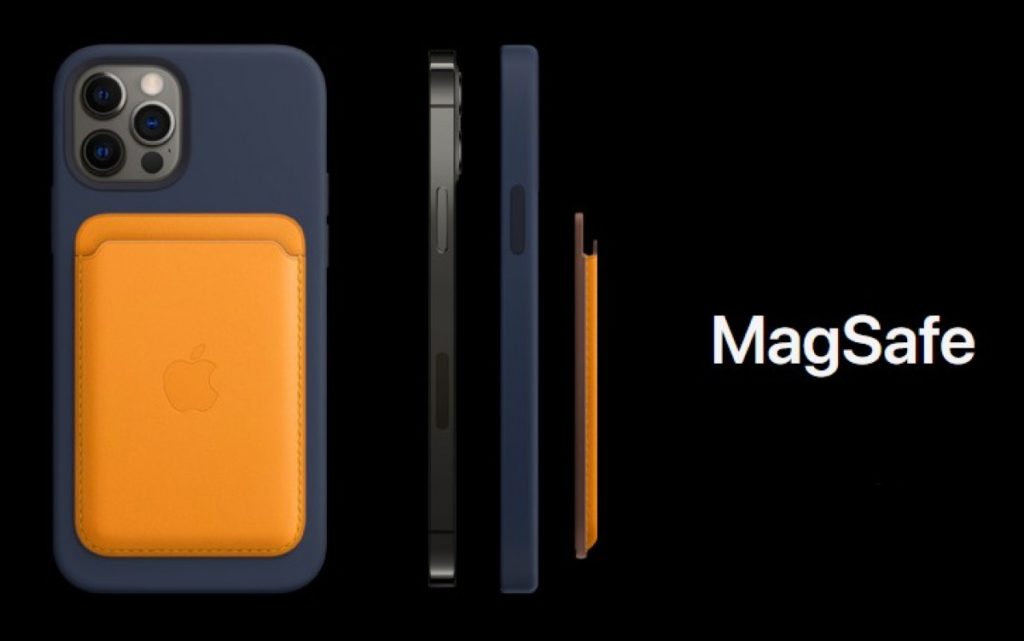