Xiaomi unveils four new Mi TVs in Nepal; the Mi TV 4A 40 gets an amazing price

Xiaomi Nepal released four new TVs for the Nepali Market. After having gained popularity as a valued smartphone brand, Xiaomi with its TV lineup aims to make its way into consumer-grade electronics.

The company unveiled four new TVs that went on sale on Daraz, SastoDeal, and other retailers alongside a couple of lifestyle products. The key highlight of the entire event being the TVs, let’s get on with it. The Mi TV 4A 32 is the smallest screen size of them all, but don’t let the size fool you. It is a Smart TV running a custom skinned version of Android 9 running off an Amlogic 64-bit quad-core SoC which Xiaomi calls Patchwall 3.0. The resolution is capped at 1366 x 768 pixels. On the storage front, it packs in 8GB of onboard storage and 1GB of RAM.

On the audio front, there are two 5W speakers totaling the output at 10W with support for DTS and Dolby. The Mi TV 4A 32 also supports a 2.4GHz Wi-Fi band and Bluetooth 4.2 with Bluetooth LE for wireless connectivity.

Talking of connectivity, there are 3 HDMI ports with one supporting ARC, AV, Ethernet, Antenna, 3.5mm Audio out, and 2 USB 2.0 ports to the back. The Mi TV 4A 32 goes for a price of NPR 34,999 in Nepal, but it’s literally dwarfed by its elder siblings both in terms of size and value proposition. 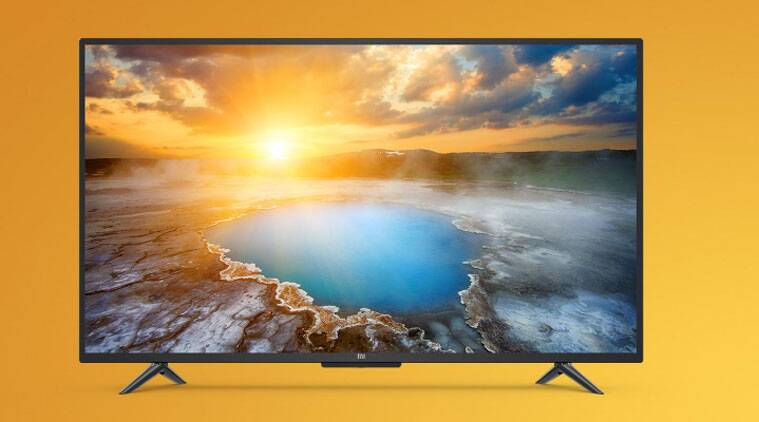 First things first, moving from 32 to 40-inch, not only the size but also the resolution goes up to 1920 x 1080 pixels whilst underneath the hood, not much has changed and from the port selections to the SoC, everything remains the same.

The audio gets a boost and there are two 10W speakers handling it. In our opinion, this is the best value for money amongst all four of the TVs coming in at a price of NPR 37,999 in Nepal as it sits perfectly in terms of both size and pricing.

There’s not much that it packs over the 40-inch apart from the addition of an extra USB 2.0 port translating to a total of 3 USB ports.

Other than that, it’s the same as its 40-inch sibling. The bezels on this are definitely thinner that gives it the name the “Horizon Edition.” And it is priced at NPR 46,999 in Nepal. 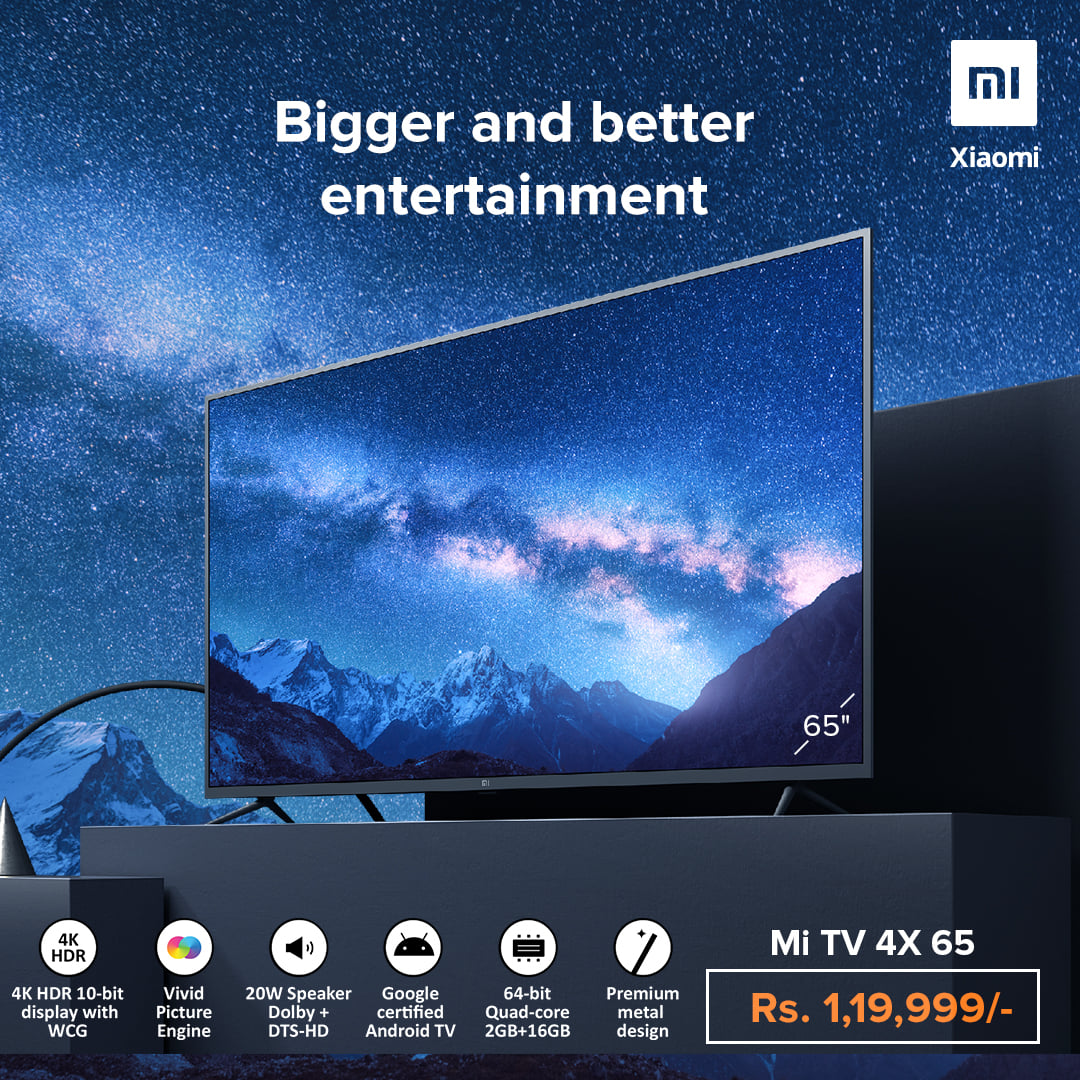 The biggest screen size and also the most expensive of the lot coming in at a price of NPR 1,19,999 in Nepal. For that price, you’ll not just get a bigger display but also 4K resolution with support for 10-bit colors and HDR.

The SoC used gets upgraded to MediaTek MTK A55 quad-core processor and the storage gets revamped at 16GB with the RAM going up to 2GB. Apart from that, there is Bluetooth 5.0 and the support for both 2.4GHz and 5.0GHz Wi-Fi bands.

In our opinion, while the 65-inch is something mouthwatering, not everyone can afford it. However, for us, the Mi TV 4A 40 steals the crown for being the best value for money at just NPR 3,000 more than the Mi TV 4A 32. It makes more sense plus the fact that the differences between the 40 and 43-inches by Xiaomi aren’t that significant makes the Mi TV 4A 43 Horizon Edition look less appealing at NPR 46,999.

Coolpad Cool 10A official in Nepal with 4,000mAh battery and trendy design